Commencing in 2015, headlines of the Los Angeles Times proclaimed that LA tops the nation when it comes to the population of chronically homeless men, women, and children. According to data that the U.S. Department of Housing and Urban Development initially released that year, Los Angeles city and county not only has the most chronically homeless people than any place else in the United States, but two-thirds of these people are also on the street. About one-third of homeless people in LA utilize shelters or other transitional or emergency housing alternatives.

When these reports about Los Angeles started coming out in 2015, this proved to be a major disappointment to HUD. The agency previously had opined that it would eliminate chronic homelessness in the United States by that juncture in time. In 2015, HUD extended its deadline to eliminate chronic homelessness to 2017. The agency missed that goal as well.

Definition of a Homeless Encampment

The Impact of Homeless Encampments on Neighborhoods

While no compassionate person wishes ill upon homeless people, the reality is that not all strategies utilized by homeless people (and their advocates) to meet their basic needs are of equal benefit. The reality is that homeless encampments overall are proving to be detrimental, and even dangerous, to homeless men, women, and children. People who end up in these encampments face disease, criminality, and unsatisfactory shelter.

The negative impact that arises from homeless encampments extends to the broader community as well. The presence of a homeless encampment exposes all people to harmful things like disease and criminality. The manner in which these encampments are places oftentimes also negatively impact the operation of businesses and the ability of people to even go about their day in their own neighborhoods.

Another reality associated with homeless encampments is that they are not permanent by design. Of course, on some level, people who reside or own businesses near a homeless encampment do take some comfort in the fact that it will not exist forever. On the other hand, when a homeless encampment ultimately is uprooted as a result of a decision by its occupants, as opposed to the city cleaning up the area, the aftermath can be profoundly disturbing, troubling, and even dangerous. 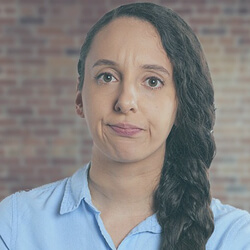 The City’s Response to Homeless Encampments

Initially, the proposals on the table before the City Council were designed to give the city authority to confiscate and even destroy property found in a homeless encampment. The objective was to prevent people from comprising a homeless encampment from easily regrouping.

An important note: When the city started its more concerted initiative regarding homeless encampment cleanup, some of these sites had not been cleaned for years. They fairly could be classified as major health and safety nuisances. When the city initiated its cleanup efforts, public works crews spent the bulk of their time trying to address homeless encampment waste that accumulated over the course of years.

During the same time period, there has been approximately a 20 percent increase in the number of people living on the streets of Los Angeles, a considerable portion of these people coming together in homeless encampments.

Since 2015, voters in Los Angeles approved a $1.2 billion bond initiative designed to speed up construction of housing for homeless individuals. This vote underscores that people in the city are willing to aid and assist the homeless population. Voters are not willing to sacrifice safety and health by permitting the unbridled and unattended placement of homeless encampments, however.

Biohazards at a Homeless Encampment

Biohazards at a homeless encampment are not confined to this type of human waste. Approximately one-third of all homeless people have pets, primarily dogs and a lesser number of cats. Waste from these animals is also found at homeless encampments.

Another grim feature of homeless encampments in some cases is the presence of animal carcasses. When a pet dies in an encampment, the remains oftentimes are not properly disposed of at the time of death.

One of the reasons why encampments are not considered as positive ways of addressing the needs of the homeless population, even by a good many homeless advocates, stems from the use of intoxicants in these encampments. The types of mind-altering substances widely utilized include:

Some of these mind-altering substances are taken via injection, specifically rock cocaine, heroin, and meth. In many instances, these illicit drugs are taken by injection. Despite broad advisements, time and again people in homeless encampments share needles when taking these drugs. Moreover, these individuals share needles. Ultimately, with alarming frequency, individuals in homeless encampments come nowhere close to properly disposing of needles. They tend to throw them on the ground.

The Essentials of Homeless Encampment Cleanup

If you are a homeowner or business owner near the site of a homeless encampment, the need for cleaning it up may exist. You may have found yourself in the position of needing to take action to clean up a homeless encampment, perhaps together with others in your neighborhood. This is the present reality for you because those in the encampment have uprooted themselves and departed. 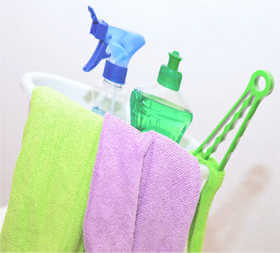 If you’ve viewed the homeless encampment more closely, your immediate response may be despair. If that is the case, you are far from alone in having that reaction – and it is perfectly understandable. Considering the prospect of a homeless encampment cleanup can be overwhelming.

As a consequence, you and your neighbors are best served to seek the assistance of a qualified, experienced homeless encampment cleanup service.

The U.S. Center for Disease Control and Prevention has established a list of personal protective gear that needs to be utilized to provide proper protection when biohazard cleanup, or biohazard remediation, is being pursued. This gear includes:

The Four Stages of Biohazardous Remediation at a Homeless Encampment

The first phase of remediating the damage and dangers associated with a homeless encampment is cleanup. This includes the appropriate elimination of physical items that are likely strewn about the encampment site. Care must be taken to identify physical items that may be contaminated with things like blood, bodily fluids, or other biological materials. If a physical item is contaminated in this way, it must be destroyed by using the standards established by the California Health Department and other agencies.

It is during this phase that blood, bodily fluids, human and animal waste, and other biological materials are addressed. These need to be placed into proper biohazardous waste containers and transported by a licensed entity for destruction.

A professional homeless encampment cleanup professional utilizes medical grade chemicals to sanitize an area in which biohazardous materials were removed. This step is necessary to ensure that people are not exposed to these dangerous pathogens going forward.