Resources for Survivors of Suicide Loss

“That’s the thing about suicide. Try as you might to remember how a person lived his life, you always end up thinking about how he ended it.”

The comment on suicide by internationally recognized television journalist Anderson Cooper may seem a bit grim on first blush. Bleak though Anderson’s statement on suicide survivor loss may be, the frank reality is that his rumination is true. Survivors of suicide loss face tremendous challenges in grieving and otherwise dealing with the death of a loved one. And Cooper is one of a considerable number of people in the United States and around the world who has a direct experience in the death of a loved one by suicide.

Many people know of Anderson Cooper but are not well-versed on the background of his life. Anderson is an heir to the Vanderbilt family, a clan that garnered international notoriety during the Gilded Age as the owners of railroad and shipping empires. Anderson is the son of fashion icon, socialite, and the first real creator of designer jeans, Gloria Vanderbilt.

When married to Anderson’s father, Wyatt, and Gloria Vanderbilt were married, they had Anderson and his older brother, Carter Cooper. In 1988, when Carter was in his early 20s, he developed suicidal ideations.

The digital library presents resources for survivors of suicide loss that include the following primary topics:

In order to best deal with a person’s own suicide loss grief and to support another individual who has suffered the loss of a loved one as a result of a death by suicide, understanding some essential facts is crucial.

This resource for survivors of suicide loss provides comprehensive information about all aspects of suicide, including: 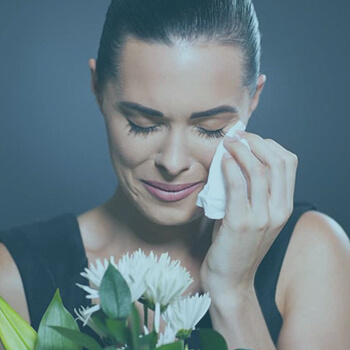 Healthy Grieving Following the Death of a Loved One by Suicide

We provide a wealth of information and supportive resources designed to assist people facing grief caused by suicide loss in some manner. These resources are designed with a clear understanding that everyone grieves differently. In addition, these resources also recognize that grief following the death of a loved one by suicide can prove to be traumatic.

The resources available to a person here also recognize that grief associated with the death of a person by suicide can occur even with individuals not directly connected with a deceased individual. We appreciate that individuals in such a cohort oftentimes are overlooked when services and resources are made available in a suicide postvention effort.

Professional Support After the Suicide Death of a Loved One

Because of the profound and pervasive challenges oftentimes associated with being a survivor of suicide loss, professional support services can be necessary. Through Resources for Survivors of Suicide Loss, we explore the different support services and resources that are available to people in this day and age. These include everything from individual therapy to group therapy.

Professional support services can also be invaluable when it comes to not only addressing grief matters, but also issues associated with shame. Shame is something that commonly is found among some survivors of suicide loss. Therefore, not only is it oftentimes necessary to address profound grief associated with being a survivor of suicide loss but also the burdensome sense of shame that can accompany this type of loss.

A common situation shared by many people from all walks of life is a lack of understanding about the best ways in which a person can support another individual who is a survivor of suicide loss. In this comprehensive resource center, we provide a wealth of information and other important materials designed to better equip a person to appropriately support another person who is experiencing loss and grief associated with the death of someone by suicide in their lives.

This section of the resource center is designed to provide a broad spectrum of materials to educate and outfit a person to be compassionately supportive of another individual whose life has been upended by the loss of someone by suicide.

Life After the Death by Suicide of a Child

Losing a child to suicide is a potentially overwhelming experience. The fact is that losing a child by suicide can have an upending impact on the lives of survivors of that type of death.

It is vital for survivors of the suicide loss of a child to fully appreciate what services and resources are available. Not only is this type of support available to immediate family members of a young person who died by suicide, but to others as well. This includes friends of the deceased, teachers, and an array of other people in a particular community (or elsewhere) who have been impacted in some manner by the death of a young person by suicide. 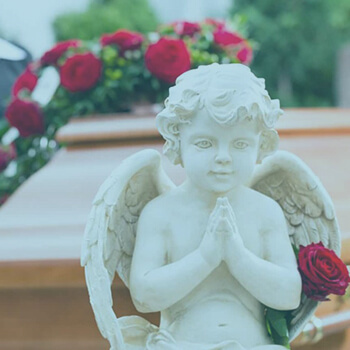 The reality is that survivors of suicide loss need not take on an added burden of undertaking suicide cleanup. This resource section provides information about how professionals can return a home to a wholly livable condition following the death by suicide of a loved one.

Our resource center is routinely updated. If you know a person distress, or if you are in such a position yourself, the National Suicide Prevention Hotline is staffed by trained individuals 24 hours a day, 365 days a year at (800) 273-8255.