Without exception, losing a family member or other loved one to suicide is one of the most emotionally wrenching experiences people can face in life. Oftentimes, professional suicide cleanup is necessary, a service we provide with discretion and compassion.

Perhaps nothing is more horribly challenging than losing a family member, or another loved one, to suicide. The loss of a loved one through suicide can suspend your life in ways that you never could have imagined. There are important considerations you need to keep in mind following this type of truly untimely death of someone you loved.

At the outset, you need to understand that you are not alone. There are people, including professionals, that stand ready to assist you following the suicide of a family member. In addition, there are people just like you who are making their own journeys in restoring a sense of order to their own lives after family members ended their own.

Suicide by the Numbers

At the present time, suicide across all age groups is the tenth leading cause of death in the United States, according to the U.S. Centers for Disease Control and Prevention. That equates to about 105 people taking their lives in the country every day, or a suicide in the USA every 12 minutes. Over 38,000 Americans die at their own hands every year.

Approximately a million people attempt to take their lives each year across the country. More than 250,000 people become survivors of suicide annually. These are people who’ve lost a loved one during the course of a year to suicide.

Most Common Methods of Suicide

There are some methods of taking one’s own life that is more commonly pursued than others. In the United States. The most common ways of committing suicide are:

Males are more apt to shoot or hang themselves. Women are more inclined to overdose on medications or inhale carbon monoxide. Certain types of suicide those that are more physically traumatic can result in the need to address biohazardous materials in the immediate aftermath. In addition, a suicide that is not immediately discovered necessitates that same level of consideration in regard to biohazards. 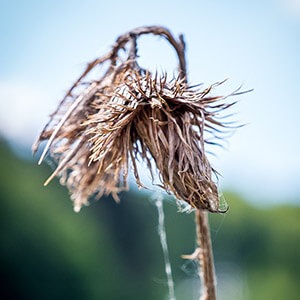 Few people venture through life without experiencing at least one traumatic event. For most individuals, this type of experience involves a motor vehicle accident, perhaps the unexpected passing of a loved one because of an illness or disease.

The reality is that, no matter how traumatic these types of experiences are, in the grand scheme of life, nothing is likely to prove to be more traumatic as discovering the remains of a family member who took his or her own life.

Combined with the initial horror and shock associated with discovering the remains of a loved one who committed suicide is the brooding recognition that the scene of the death is going to need to be cleaned up. Odds are, if you find yourself in this situation, you will have had no prior experience to serve as a reference point.

Your initial impulse very well may be “how am I going to clean this up?” The reality is that you personally should not embark on cleaning up following the suicide of a loved one. There are three key reasons why you should turn to the professional assistance of a suicide cleanup specialist:

The Aftermath of a Suicide by Gunshot

As mentioned a moment ago, one of the more common methods of suicide involves the use of a gun. That aftermath of this type of suicide necessitates special considerations. The same holds true for suicide by other means in which the remains of the deceased is not discovered within a couple of days.

By definition, suicide by gunshot, or a self-inflicted death that is not immediately discovered, presents the necessity of cleaning up blood, other bodily fluids, and other types of biological matter. In other words, addressing the aftermath of suicide under these conditions involve more than the removal of a body.

Suicide by gunshot, or a suicide death not immediately discovered, present the need to address biohazardous materials. Biohazardous materials (like blood, bodily fluids, and other biological materials) are considered dangerous to other people and to the environment more generally.

Consequently, a person who discovers a gunshot suicide, or a suicide by other means that occurred beyond 48 hours in the past, must exercise extreme caution in regard to the remains and the scene. In fact, the best course of action to take immediately after discovering this type of suicide is to telephone 911 and get appropriate emergency personnel to the scene. An individual should step away from the room in which the suicide was discovered to protect against exposure to harmful bacteria and pathogens.

Once the remains of a suicide victim are removed, a specific process exists to thoroughly and safely clean up the site of the death. This process, known as biohazard remediation, has four basic stages:

The sanitizing phase requires the utilization of special chemicals to eliminate any remaining pathogens and bacteria. The same use of personal protection equipment is required at this stage of the biohazard remediation process as well. 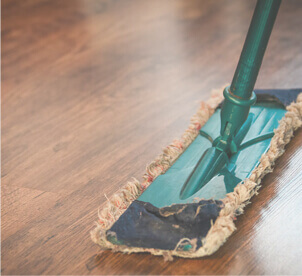 The reality is that the site of a traumatic suicide, or a suicide that was not immediately discovered, can have what many people call the “stench of death.” The foul odor associated with a decomposing body can not only be overpowering, but it can also be persistent. Thus, part of the overall remediation process is the permanent elimination of this odor.

The ultimate objective is to restore the premises in which a suicide occurred to a completely livable condition following the death. The usability, and (above all) the safety of the environment demands that each stage of the biohazard remediation process be fully and completely undertaken.

In addition to the physical safety risks associated with suicide cleanup, you must appreciate that there is an emotional risk to that process as well. In many ways, the last thing you need to do following the suicide of a family member or other loved one is to make yourself responsible for cleaning up the aftermath. Undertaking such an endeavor can prove to be emotionally and psychologically harmful to you.

Following the suicide of a loved one, your time is better spent, and done so in a more emotionally healthy manner, if you focus your energies on memorializing that individual’s life in a positive manner. Your time is better spent embarking on a healthy grieving process, rather than addressing the suicide cleanup process yourself. There are trained professionals who can address suicide cleanup for you.

Common Reasons Why People Kill Themselves

One of the issues you’ll struggle with following the suicide of a family member is to come to terms with the reasons a person had for killing his or her self. The pathway a person takes to make the ultimate of all life’s decisions, the determination to commit suicide, is markedly different for every person. Noting that blanket generalizations are imperfect when it comes to underlying motivations, there are six more common underlying reasons a person commits suicide, according to research reported in Psychology Today.

Depression represents one of the most common underlying motivating factors that compels a person to consider taking his or her life. In most situations, when a person is depressed and has suicidal ideations, loved ones around this individual very well may unaware of what this person is truly considering. They may recognize that an individual is unhappy, but may never fully appreciate how badly that person feels. Indeed, a depressed loved on may have reached a point at which he or she concluded that the world would be a better place without that individual’s presence in it.

In the case of some suicides, the victim is laboring under a psychosis of some sort, or another kind of truly debilitating mental health condition. An individual suffering from some sort of psychosis, or psychotic break, may reason that the only way in which he or she will experience any relief from the demons that haunt his or her life is to end it all.

A smaller percentage of people who kill themselves are impulsive. They take action, even negative action, in a manner that some people might fairly describe as being thoughtless and careless. The impulsivity of some people, when combined with the use of mind-altering substances, can result in rash, negative, and permanent action, like suicide.

Finally, another of the primary underlying causes of suicide is a mistake. There are two types of mistakes that crop up in discussions of suicide.

Second, there are a small number of what appear to be and ultimately are classified as suicides that really are not correctly identified. In other words, a person was engaged in some sort of activity directly before and that did cause his or her death. For example, there are a small number of people who experiment with oxygen deprivation as a means to heightening things like their response to sexual stimulation. These activities can involve hanging as a means to lessen oxygen flow into the body. Something goes awry, the individual is killed, and family and friends think the death was a suicide by hanging.

The Grief Process When a Loved One Commits Suicide

The grieving process after a loved one commits suicide is different than is the case when a family member dies of an illness or even an accident, according to Psychology Today. Grief associated with the suicide of a loved one typically is intensely connected with:

If you are grieving the loss of a family member or other loved one by suicide, you need to take the step to understand that these other feelings and emotions are understandable and appropriate to your situation. You need to achieve this recognition in order to be able to move forward through the grieving process in a healthier way.

As mentioned previously, survivors of suicides of loved ones face not only the immediate tasks of addressing the death site but also an abundance of emotional and potential psychological challenges as well. As was also noted, if you find yourself in this situation, you are far from alone.

There exists an array of support services and resources for individuals who’ve lost loved ones to suicide. These include Survivors of Suicide, an online resource that includes forums and other means through which people who’ve endures the loss of loved one can connect and communicate.

There are a number of different suicide support groups, organizations, and resources aiding survivors of suicide in California, including in the greater Los Angeles area. These include:

Suicide.org maintains a comprehensive directory of groups, organizations, services, and resources that aid and support people who’ve lost loved ones by suicide.