Interview With a Cat Hoarder 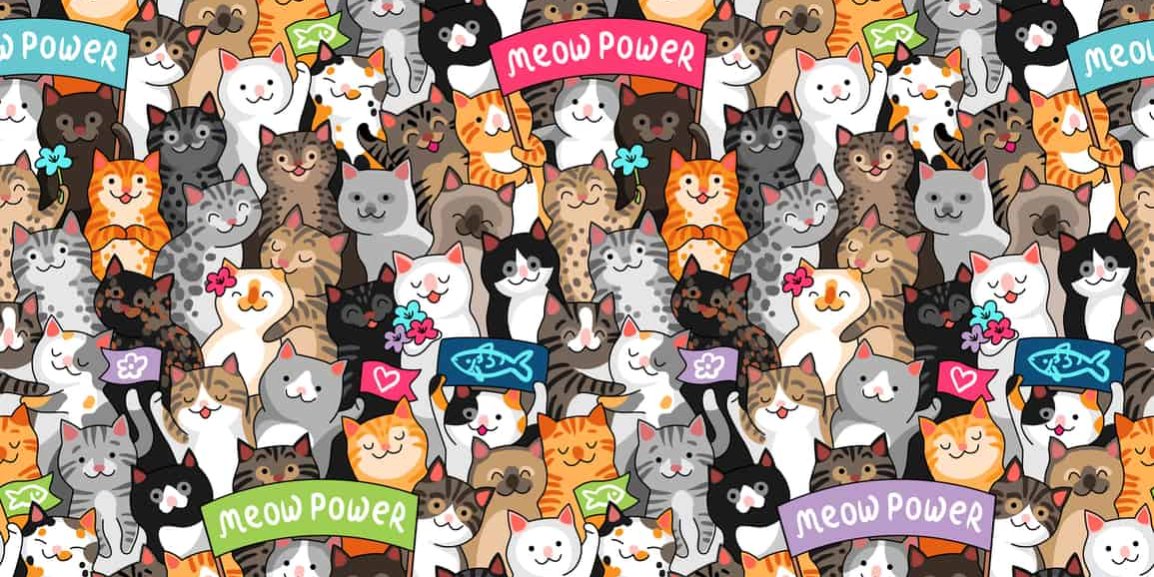 Introduction to the World of a Cat Hoarder

Margaret is a 60-something-year-old woman who lives in an affluent neighborhood in suburban Denver, Colorado. Her house sits on an acre lot in a tiny part if the metro area called Cherry Hills. Residences in the area easily go for a minimum selling price of $1 million. If her home were placed on the market, and if the secret life ongoing inside the residence not known, Margaret’s home would sell for a price well above the $1 million marks.

Thanks to gardeners and other professionals, the exterior of Margaret’s home is lovely. Although a member of the Denver society scene, Margaret rarely entertains at home. She does keep something of a secret from most people she knows. Margaret is a clandestine cat hoarder, her residence being home to what she estimates to be 80 to 100 felines.

Eight years ago, the individual who conducted this interview with Margaret adopted a kitten now named Bella from her. Bella was the runt of the litter and one of the most adorable felines imaginable.

At the time of the adoption of Bella, Margaret had not yet started the process of hoarding cats, or anything else for that matter. She provided a home to four felines, including Bella’s mother. Although four cats can be a handful, city ordinances allowed the number and Margaret obviously took exceptional care of them.

A fairly well-known woman from the same general part of the state where Margaret resides was herself a notorious hoarder. Within a short period of time, LuAnne ended up with an assortment of cats and dogs, numbering over 300.

LuAnne lacked the financial wherewithal to care for this many animals. She ultimately was reported because of the stench coming from her property and stray animals getting away from her and ending up with the neighbors.

The situation involving Margaret brings to mind a very wealthy woman who collected cats and dogs, albeit on a smaller scale than does Margaret. Helen Bonfils was the heir to the founder of the Denver Post. She ran the newspaper for about 40 years after her father’s death. In addition, she was the first female producer on Broadway.

Grace Fredericks is yet another well-heeled hoarder, with a fondness for cats. Grace was an actress, poet, and socialite, wed to a wealthy businessman. Her house declined into what might best be called a big cats’ nest. She never had the number of cats as does Margaret. But, she exhibited one of the more classic signs of hoarding in that the animals caused significant damage to the premises and she did next to nothing to address the situation.

Helen, Grace, and Margaret demonstrate a peculiar category of pet hoarder. These individuals satisfy some of the essential elements of hoarding. However, they each had or have the financial means to provide reasonable care and maintain the premises in which the animals reside. Nonetheless, these women all maintained an inappropriate number of animals in their homes and could not part with these cats or dogs.

How Did You Go From Four Adult Cats and a Litter of Kittens to This?

When this question was presented to Margaret, she responded “Ernest Hemingway.” Somehow, Margaret seemed to place the blame for the herd of felines living in her residence on the iconic author. Before she offered anything further in the way of explanation, she made note of the fact that Hemingway’s cats have six toes.

Margaret is in fact correct. The author did love cats. At his home in Key West, Hemingway had an uncounted number of cats residing all about, mostly out of doors. Most of the cats did have six toes on each front paw. The decedents of the cats Hemingway kept on his property during his lifetime reside on the grounds of the Ernest Hemingway Museum and Home in Key West today.

Once noting the history of Hemingway and his own cats, Margaret remarked that the Hemingway Museum “fixes” most of the cats on site. This represented another factually correct statement by Margaret. The museum staff does neuter or spay most of the six-toed cats residing at and around what was Hemingway’s home. A small number are permitted to breed to keep the Hemingway cat line alive.

Margaret ultimately brought her own situation around to Hemingway’s cats with a statement to the effect of “if he could do it, why can’t I?” In other words, Margaret allowed the cat population in her home to increase. However, she stopped adopting out kittens as she did with the interviewer and his cat Bella some years earlier. She flatly stated that she cannot part with kittens born in her home, let alone adults who have established themselves in her residence.

How Many Kittens Are Born in Your House Each Year?

Margaret had a blunt, direct answer to the question about newborn kittens in her home each year. She indicated only a few litters were born each year. How can that possibly be with the number of cats in the residence?

Margaret explained that the vast majority of cats in her residence were neutered or spayed. This brought the interview to a dumbfounded pause.

Margaret explained that she couldn’t bear to part with any of her cats and she had some desire to control the number of cats in her home, although the number already was well over what was acceptable of legitimately manageable.

Margaret addressed the manner in which she accomplished obtaining the sterilization of most of the cats in her home. She knew she had to accomplish this task without exposing to anyone around her what was going on in her home.

Keeping hoarding a secret from others is a key component of this type of behavior. Even though she was obtaining certain limited veterinary services for some of her felines, she was able to maintain her secret.

Margaret utilized a strategy commonly associated with individuals who abuse prescription medications. Margaret utilized the services of dozens of vets to obtain sterilization services on her hoard of cats. Because she rotated from one veterinary practice to another and never sought sterilization services for more than there or four animals from one location, her hoarding has yet to be detected.

In this regard, Margaret demonstrates a common trait of hoarders. She schemes to keep her situation in the dark from other people.

How Do You Keep the Cats From Friends and Family Members?

Margaret explained how she keeps others unaware of her cat hoarding. A key reason she is able to avoid detection is that she does not have close relatives. She has married some years ago but had no children. Her siblings, of which there were three, are deceased.

Margret does maintain that she has friendships. She inherited a good amount of money from her parents. Thus, she indicates she remains active in a number of organizations in the community, including a country and golf club. She indicates that she even attends social functions in the home of other individuals. However, she draws the line at having people into her own home. In fact, the interview itself was held on a patio on the backside of her home.

She indicates that she has a trusted person who assists her in keeping the interior of her house clean. In regard to a person who allegedly helps clean her home, Margaret was particularly vague. Whereas she was very direct and precise in answering nearly all other questions, when it came to the issue of interior upkeep and cleaning, Margaret was diffuse and rather evasive.

Is the Number of Felines in the Residence a Problem?

Margaret was very direct when asked if she thought there was any type of problem or issue associated with having so many cats in her home. She simply said “no” and starred down the interviewer.

Eventually, and with no further prodding, Margaret explained that she believed she was helping these animals. Margaret maintained that she provides a good home for cats.

Has Anyone Ever Confronted Margaret About Her Cats?

Margaret explained that people know she loves cats. They know that she has a number of cats in her home and that she enjoys Facebook pages that feature cats. In fact, she indicated that she posted photos of her own cats at these Facebook sites.

With some investigation and a Facebook friend linkup with Margaret, the interviewer was able to confirm that dozens of photos of Margaret with different cats are found at different Facebook pages. On first blush, the cats in the photos look the same. However, upon close inspection, a determination can be made that time and again, these are different felines. The interview was well aware of how much these cats looked like his own.

If anyone was really paying attention, and no one seems to be, a member of one of another of these Facebook venues could ascertain that Margaret was posing with an incredible number of individual cats.

Are the Cats Provided Proper Care?

Margaret maintains that her cats receive suitable care. She does not equivocate when she states that even though there are a large number of cats in her home, she has the resources and the space to ensure that they live well.

At least as far as the exterior of her home is concerned, together with her personal presentation, concluding that Margaret does have money seems fair. Nonetheless, how could she provide proper attention to the cats individually?

She recounted that she spends a good amount of time with each of her cats. In addition, Margaret added that the cats are supportive of one another. She maintained that one of the reasons she needed to have so many cats in her home is because they thrive by living together in colonies.

She then went on to explain reports in the Denver Post, the daily newspaper, regarding some 300,000 feral cats that live in colonies around the city. Margaret made a point of saying that her cats have the best of both worlds. They are able to live in a colony and yet in a nice home at the same time.

In the midst of the interview with Margaret, she brought up the kitten she adopted out to the interviewer. The interviewer explained that Bella was well and was going to turn nine years old in a couple of weeks. Margaret indicated that she knew Bella’s age.

Margaret asked to see photos of Bella, which were shared. After a beat, Margaret asked if Bella might come over to visit, meet her other cats, felines which she assumed were pretty much all related to the runt of a litter she was seemingly parted with.

The interviewer politely declined the invitation to bring Bella over. He explained that Bella is tremendously shy and did not like to venture from her own home. In reality, the interviewer also privately worried that if he brought his furry friend over to Margaret’s home, he would never see the little one again.