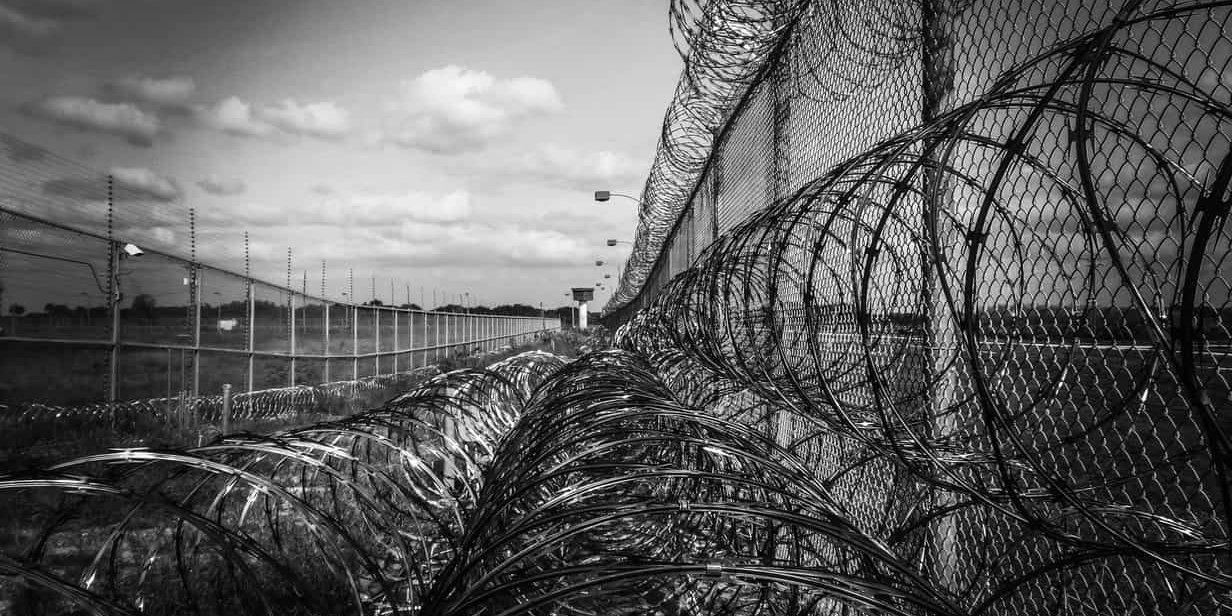 Sentenced inmates are required to work if they are medically able. Institution work assignments include employment in areas like food service or the warehouse or work as an inmate orderly, plumber, painter, or groundskeeper. Inmates earn 12¢ to 40¢ per hour for these work assignments.

Offenders assigned to be inmate orderlies are placed in a number of settings, some of which raise the specter of an incarcerated person being tasked with the cleanup of blood or other bodily fluids. Some correctional institutions create specific blood cleanup teams that consist of inmates. Finally, there are instances in which institutions have called upon inmates on a more ad hoc basis to engage in blood or bodily fluid cleanup.

The status of the law regarding inmate workers used for biohazard cleanup, particularly blood cleanup, is in something of a state of flux across the United States. Nearly all correctional agencies have adopted written protocols when it comes to inmate labor used for biohazard cleanup. With that recognized, there are examples of written protocols that are incomplete and many situations in which preordained protocols are not followed.

Added to the mix is an increasing number of lawsuits being pursued by inmates directly or by organizations like the American Civil Liberties Union or Southern Poverty Law Center on behalf of incarcerated offenders. The decisions thus far in these cases have done little to absolutely clarify the legalities associated with inmates and blood or other types of biohazard cleanup. Thus far, a number of lawsuits have been dismissed on technicalities that prevented a resolution of the issues at hand.

In reviewing statutes, regulations, institutional procedures, and lawsuits, for shortfalls in the use of inmate labor for biohazard cleanup are fairly widespread throughout correctional systems on all levels in the United States. These shortcomings are:

Recommendations to Institutional Administrators, Correctional Officers, and Other Staff

Upon consideration of the use of inmate labor to remediate biological hazards, the following recommendations are made to institutional administrators, correctional officers, and other staff members. Additionally, governmental officials with a role in prison funding issues, institutional operations, and related matters should give serious consideration to these recommendations as well.

Before assignment to undertake biohazard cleanup, an inmate must be provided appropriate training. The training process cannot be a superficial review of biohazard cleanup safeguards and processes. It must be substantial and of the type that would be used outside a correctional institution. For example, the training program needs to be akin to what individuals in the private sector to be assigned to an in-house blood cleanup team would receive by their employer.

Of course, the idea that proper training should occur is common sense. The reality is that oftentimes in a correctional institution setting, training can be abbreviated in a manner that fails to ensure truly appropriate education and information about a task to be assigned.

Proper and comprehensive personal protective gear must be provided to any inmate called upon to clean up any type of biohazard. This equipment must include:

If an inmate is identified as being suitable for assignment to cleanup up blood, bodily fluids, and other biological materials, that individual should not be forced into such an inmate worker assignment. An offender should be provided the option to accept such an assignment. This does run counter to typical institutional protocols through which inmates are assigned to a particular work assignment as needed.

On a related note, the forced cleanup of biohazardous materials should never be used as a disciplinary measure by an institution. Nearly all institutions do use additional or supplemental work duty as a means of punishing an offender for certain types of infractions. However, assigning any type of biohazard cleanup as a punishment should not be undertaken.

Finally, an institutional staff member needs to be assigned to appropriately supervise all aspects of a biohazard cleanup utilizing inmate labor. This doesn’t mean that an institutional staff member hovers over inmate workers from start to finish. Rather, it means that a staff member thoroughly briefs an inmate worker on the specific task at hand, is available to the inmate during the actual cleanup process, and undertakes an inspection of the cleanup site when an inmate has completed the biohazard cleanup.

A Case Study: Interview With a Former Bop Detainee

The matter of a former federal detainee who was placed as the inmate orderly in the medical unit of the Leavenworth Detention Center illustrates the manner in which correctional facilities have been lax in the manner in which biohazard cleanup is addressed. Tyler Rogers was confined in the private facility operated by Corrections Corporation of America, the second largest operator of private prisons in the United States. Because inmate grievances and lawsuits will be causing a focus on inmate labor and biohazard cleanup, examining a detainee case study can be illustrative of what to expect in the way of legal issues.

The medical unit did not often have an assigned inmate porter. For example, inmates with drug-related charges were immediately excluded from that type of porter assignment, and the vast majority of people incarcerated at this institution faced those types of cases. Rogers was tasked to this assignment approximately 15 years after the CDC issued what has become known as universal blood precaution guidelines.

In his position as the inmate porter, Rogers was assigned the task of cleaning up blood spills. In addition, he was also assigned the duty to clean up other bodily fluids or biological materials including urine, vomit, and feces.

The work of Rogers as an inmate orderly in the institution’s medical unit underscores what was and remains the more common shortcomings and potential legal issues associated with inmate labor used in the biohazard cleanup process.

Rogers never pursued any complaint about the manner in which he undertook biohazard cleanup in the medical unit. As far as institutional work assignments go, he indicates he was satisfied with the assignment. “I mostly assisted with clerical issues. Cleaning up blood, vomit, or something of that nature was not the primary assignment. Moreover, I was in a part of the facility operated and staffed by professionals from the ‘real world’ who treated me very well,” Rogers explained.

Rogers identified what did and did not happen in regard to his work as the medical unit inmate porter:

Of course, there is nothing scientific or comprehensive about what Rogers reports from his experience some years ago when in a facility. Nonetheless, he probably fairly summarizes how inmate labor and biohazard cleanup is undertaken in correctional facilities of all types in the United States. In basic terms, correctional agencies and institutions are achieving some, but perhaps not all, legal and safety objectives associated with engaging an incarcerated offender in biohazard cleanup.

Considering the state of the law in regard to inmate labor and biohazard cleanup, a correctional agency or institution best protects its overall interests by following the recommendations enumerated a moment ago. By applying these recommendations (most of which are likely already part and parcel of institutional protocols), grievances and lawsuits are more apt to be avoided.

Bloodborne Pathogens: What Are Bloodborne Pathogens and How Can You Protect Yourself?
October 26, 2020
Insurance Claim Barriers in Water Restoration
October 15, 2020
Documentation Essentials in Water Restoration
October 14, 2020
Water Remediation: Where Standard Protocol Means Optimal Care
October 9, 2020
Water Damage and Flooring Materials: What Are Your Options
September 15, 2020
Your Rights When a Home Inspector Fails To Identify Material Problems at a Property
September 14, 2020
Contact Us