What Is Biohazard Cleanup? 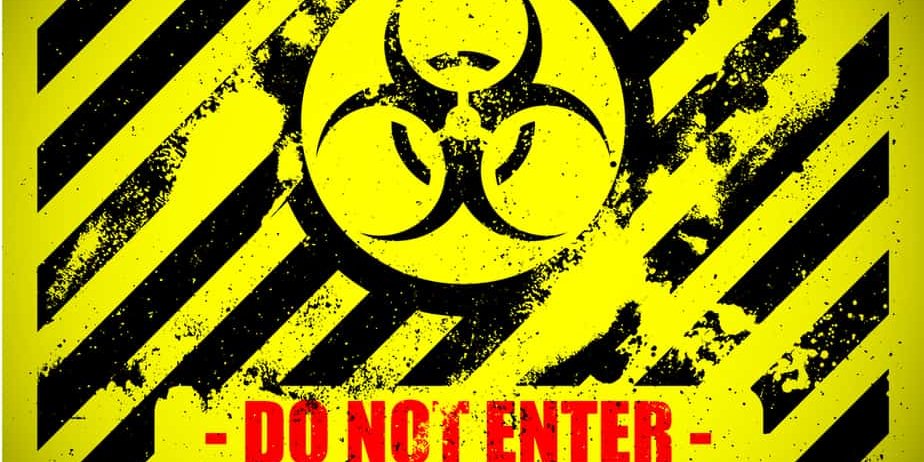 Biohazardous waste is defined as biological substances that threaten individual health, as well as the environment. Biohazardous waste comes in the form of various microorganisms, viruses, bacteria, toxins, and other pathogens that are capable of adversely impacting human health. These hazards can also be harmful to other animals as well. Biohazard cleanup is also oftentimes referred to as biohazard remediation.

There Are Four General Categories of Biohazardous Waste:

Due to the dangerous nature of biohazardous waste, specific cleanup protocols and safety requirements exist. These protocols and requirements are designed both to ensure that workers involved in the cleanup of these materials are not unduly exposed to harmful pathogens. In addition, they are designed to best ensure that a biohazard cleanup is performed comprehensively and thoroughly.

Before the biohazardous cleanup or remediation process commences, it is vital that anyone involved in it don proper personal protective equipment. This includes:

These items must be designed specifically for use in dealing with biohazardous or biomedical waste.

Professionals involved in biohazard remediation utilize different terms in identifying the stages associated with this type of cleanup process. Understanding these potential derivations, the essential nature of the stages of biohazardous cleanup is the same, no matter the moniker applied. These stages are:

The ultimate objective of biohazardous cleanup is to fully restore the premises to a habitable condition. The reality is that in the absence of professional biohazardous remediation, a significant risk exists that the premises will not be fully cleaned or sanitized. The net effect of this is that the property is not safely habitable. Residents or other occupants of a premise in this state face an ongoing exposure to biohazardous material that may negatively impact their health and wellbeing.

The first step in the overall biohazard cleanup process is containing the contaminated area and undertaking the removal of the hazardous material. If you discover a situation in which biohazard contaminants are likely present, you need to engage in an act of self-containment on your own. In other words, you need to promptly remove yourself from the area in which a biohazard is thought to exist.

An unfortunate, grim, and yet possible situation like this is one in which a person like you discovers the remains of an unattended death, including a suicide or accident. The human body commences to undergo the decomposition process directly after death. Therefore, if the remains have gone undiscovered for more than a couple of days, dangerous pathogens are likely to already have begun to contaminate the area in which the body rests.

The specific biohazard cleanup stage involves the elimination of actual dangerous or contaminated material. This can include the cleanup and proper containment of materials that include:

After the completion of the cleanup stage, sanitization and disinfection are the next order of business in biohazard remediation. As mentioned previously, dangerous pathogens invisibly lurk amidst the obvious residue associated with a cleanup zone or site. These pathogens must be completely eradicated. If this does not occur, people who access the site of the biohazard face ongoing exposure and the prospect of becoming ill or even dying from contamination by these pathogens.

Specialized chemicals and disinfectants are used to sanitize and disinfect. These are hospital grade chemicals, approved by OSHA, designed to address fully (and safely) the aftermath of biohazard contamination.

The next phase of the biohazard remediation process is deodorization. The stark reality is that persistent, pungent, and pervasive odors oftentimes accompany a biohazard scene. This is a fact in situations running the gambit from cleaning up a hoarding situation to remediating following an unattended death.

As is the case with sanitization products, truly high-grade deodorization supplies are utilized in eliminating any odor associated with the situation.

The ultimate, vital objective of a biohazard cleanup is to render the premises fully usable. For example, when a residential property undergoes the comprehensive biohazardous cleanup process, restoration means the premises are fully habitable. The property is rendered free of any evidence, and contaminants, associated with biohazardous material.