Laws and Ordinances on Homelessness in Southern California 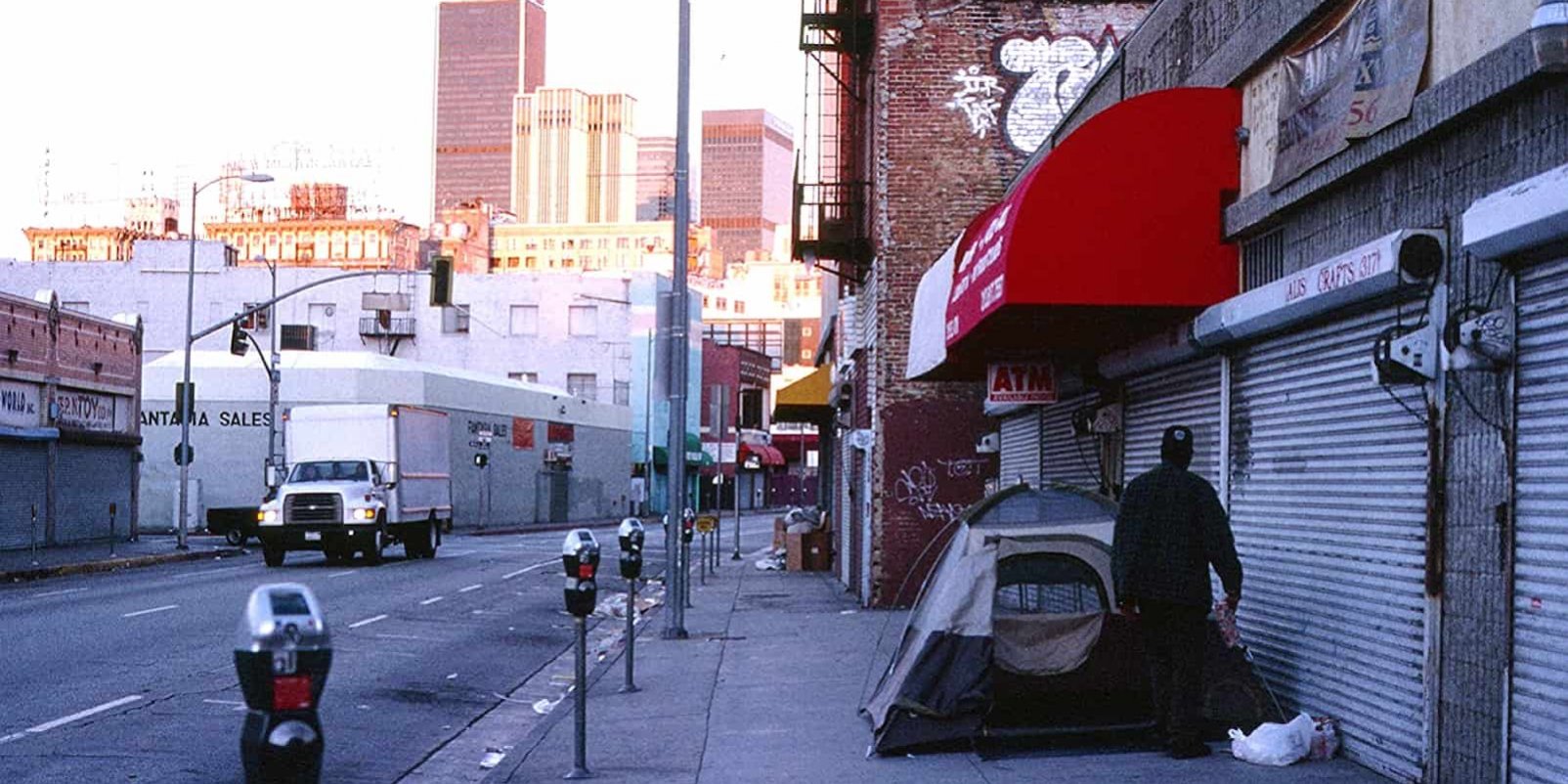 The examination of ordinances pertaining to homelessness begins with Los Angeles for two reasons. First, Los Angeles is by far the most populated county in the region. Indeed, Los Angeles has the largest homeless population in the United States. Second, to a fairly significant degree, a notable number of cities and counties oftentimes adopt practices and ordinances as they pertain to homelessness. In many ways, and in most other Southern California counties, the issue is not so much a marked difference in ordinances as it is in the manner in which these laws are enforced.

In addition, a number of important court cases regarding homelessness and the homeless population have arisen in Los Angeles County as well. As is discussed in a moment, these court cases can have a permanent impact on an existing ordinance or a temporary one, depending on the circumstances of concern to a judicial body.

There exists an array of ordinances and regulations in Los Angeles County that impact the homeless population. As a cautionary note, there can be some additional or modified restrictions found in some communities in the greater Los Angeles area. As a consequence, while the best information is presented to you here for your consideration, if you have a specific question or issue associated with homelessness in a particular city in Los Angeles County, you are wise to doublecheck the status of ordinances in an individual municipality as well. For example, as you will see, the city and county of Los Angeles designate specific time frames in which a tent can be placed on public property. That time frame might be different in another city in the county.

Sleeping or Camping on Public Property

Whether sleeping or camping on public property is permitted in Los Angeles depends on the nature of that public property. Technically speaking, it is unlawful to “sit, lie or sleep in or upon any street, sidewalk or another public way.” In theory, this ordinance could be applied to limit sleeping or camping in public parks, at least to some degree. In fact, that has not been the manner in which the ordinance has been applied in recent years as the result of judicial intervention. In fact, a court ruled over 10 years ago that the city and county must permit people to sleep on sidewalks and in other public areas from 9:00 p.m. until 6:00 a.m. until 1,250 new units of supportive housing are built. The Mayor of Los Angeles contends that has now occurred. Advocates for the homeless argue this has not occurred. Thus, the enforcement of this ordinance, at least as it pertains to sidewalks, is in a state of uncertainty.

Ordinances currently permit a homeless person the ability to pitch a tent on a sidewalk under certain circumstances. A tent can be placed on a sidewalk or other public space if the temperature dips to 50 degrees or lower.

If a homeless encampment is deemed to block a pathway or to present a safety hazard on public property, those individuals occupying the camp must be provided with 72 hours notice to remove their belongings before officials can come in and remove the items. Even if the items are removed, they must be maintained for 90 additional days to permit owners of these items an opportunity to reclaim them.

Sleeping or Living in a Car

In Los Angeles, a person legally can sleep in a car. However, “living” in a car is illegal in certain areas:

In Los Angeles, a person legally can live in a vehicle in a commercial or other non-residential zones, but not within one block of a school, daycare, or park. (As an aside, the ordinance governing living in a car is set to expire in July 2019. The city and county are said to be exploring alternatives to the existing ordinance.)

Ordinances do provide insights into what is considered “living” in a car. If one or more of these conditions exist a person can be deemed to be living in a car:

Loitering laws historically were means of severely restricting where homeless individuals could congregate. These laws oftentimes were said to “make homelessness a crime.” In recent years, as the result of court decisions, loitering laws have been altered to eliminate what appeared to be an intent to sanction homeless people. Loitering ordinances in the greater Los Angeles area have been replicated in other jurisdictions in Southern California. Loitering in Los Angeles is prohibited as follows, pursuant to local ordinances and the state penal code:

Over the course of the past decade, the “dumping” of homeless patients by some hospitals in the greater Los Angeles area has been an issue. Patient dumping is now prohibited by ordinance throughout Los Angeles County. In a nutshell, patient dumping is releasing a patient to the streets after treatment or transporting a patient without that individual’s express consent to a sector of the city or county where homeless individuals are thought to congregate.

Orange County, one or the wealthiest not only in California but in the country, has a homeless population hovering at about 5,000 people on any given night. In 2018, Orange County initiated a markedly aggressive program to eliminate homeless encampments and camping by homeless people more generally in the county.

Orange County currently has 250 beds in shelters and a significant dearth in affordable housing units. Thus, beyond leaving the county altogether, homeless individuals have few options at the present time than to live out of doors and in other non-residential spaces, including congregating in encampments.

In 2018, Orange County targeted a homeless encampment in a dry riverbed several miles from Disneyworld. Upwards to 1,000 people, or 20 percent of the county’s homeless population, was thought to reside in the encampment. These efforts even garnered the attention and condemnation of the United Nations, through the UN special rapporteur on adequate housing.

Despite the uprooting of the homeless population, housed residences of the area expressed what many deemed to be justifiable concerns associated with the massive encampment. The encampment fairly could be said to be a significant source of crimes being committed in the surrounding area. In addition, the sanitary conditions presented by the encampment presented a health hazard.

This massive homeless encampment is said to have arisen in the first instance because stricter ordinances in the various cities making up Orange County forced people without homes from those jurisdictions. In other words, although the ordinances of Orange County are not vastly different from what exists in Los Angeles, the level of enforcement in the cities comprising Orange County, and in the county itself, is notable more stringent.

Riverside County has an ordinance scheme impacting the homeless population that is akin to that found in Los Angeles. In addition, unlike what was discussed in regard to Orange County, ordinances in Riverside are being enforced in a manner that also is akin to the approach in Los Angeles.

One area in which Riverside County has been more lenient than Los Angeles County, and certainly Orange County, in addressing the needs of the homeless population is by making zoning changes in different locations in the county. These zoning changes are designed to open certain sectors of communities in the county to the emergency, transitional, and supportive housing for homeless people.

The San Diego City Council enacted an ordinance in February 2019 permitting people to live in their cars, an ordinance that mirrors what is on the books in Los Angeles. The ordinance followed a federal court order in 2018 that enjoined the city from enforcing its law penalizing people for living in their vehicles.

With this modification in the law, the largest population center in San Diego County now has an overall ordinance structure associated with the homeless population that is akin to what is found in Los Angeles. Other individual cities in San Diego County are expected to follow suit either later in 2019 or sometime in 2020.

Of all Southern California Counties, Santa Barbara County fairly can be said to be on the steadiest trajectory to making a significant cut in its homeless population over the course of the coming decade. The county has a homeless population of approximately 1,500 people. Indeed, the county has enacted ordinances and partnered with a variety of other stakeholders to develop an action plan that has a realistic chance of eliminating chronic homelessness in the county well within the coming decade.

With that background noted, Santa Barbara County has maintained and enforced ordinances in a manner that provides a bit more leniency to the homeless population in that county than what is found in Los Angeles. With a significantly smaller homeless population, and a solid set of resources in the county to assist in the development of long-term housing solutions, the county is able to be more flexible in addressing the needs of the homeless population without imposing what homeless advocates contend are unnecessarily restrictive if not punitive ordinances and enforcement schemes (like what arguably is being seen in Orange County today).

Like Santa Barbara County, Ventura County has a homeless population at about 1,500 people. The county has developed a comprehensive initiative, involving multiple stakeholders, designed to eliminate chronic homelessness in the coming decade.

Exiting ordinances in Ventura County, and the manner of their enforcement is akin to what is seen in Los Angeles County at this juncture in time. The City of Ventura has to lead the way in the county more generally when it comes to ordinances in effect and associated enforcement schemes, as enumerated by the Safe and Clean Public Spaces Initiative. Through the initiative, Ventura is striving to strike a balance between the needs of the homeless population and those of housed residences as well.

In the final analysis, Southern California counties find themselves faced with the needs of their homeless populations as well as the legitimated demands of housed residents in their jurisdictions as well. This reality has resulted in an ongoing endeavor to achieve balance, safety, and fairness in ordinances and associated enforcement.