on Google
Eco Bear » Knowledge Center » Homeless Encampment » What Is the Most Powerful Thing a Homeless Person Has Said to You?

What Is the Most Powerful Thing a Homeless Person Has Said to You? 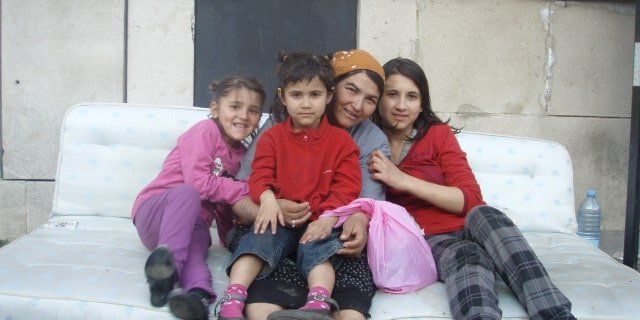 If you’ve spent any time in a more populated community in the United States, you undoubtedly have encountered homeless people. Indeed, at this day and age, the homelessness crisis extends beyond the boundaries of large cities and exists in suburban areas and even in smaller communities with increasing frequency.

Individuals with roofs over their heads, including me, oftentimes have interactions with homeless men, women, and even children when we encounter them while out and about in the community. Of course, oftentimes these encounters are fleeting and involve a homeless individual reaching out for some spare change. In some cases, such communication is verbal, but oftentimes it comes in the form of a handwritten sign calling out for help.

Understanding the oftentimes limited exchanges some of us have with homeless people from time to time, I was left wondering whether more meaningful interactions sometimes occur. I started wondering about the most powerful things homeless people may have said to people who have appropriate shelter.

My Professional Exposure to the Homeless Population of Southern California

My husband and I own and operate a biohazard remediation service. We are called upon to assist in cleaning up what can prove to be contaminated, dangerous settings. These include crime scene cleanups, suicide cleanups, and eliminating waste and other dangerous materials that can accumulate at the sites of homeless encampments.

I want to make it clear that we do not tear down homeless encampments nor interfere with the property of people living in those sites. Rather, because of the nature of these encampments, harmful waste and trash can accumulate over time. This accumulation threatens the health and welfare of homeless people and individuals in the broader community. Our family-owned business eliminates dangerous materials for the safety of everyone.

The Universality of Homelessness

As I mentioned at the start of this reflection, homelessness is an issue that can be found from coast-to-coast, from north-to-south in the United States. Of course, when any of us think about the plight of homeless people, we realize it is an international issue. While there are countries that have a better handle on the problem of homelessness than others (and the United States is not at the top of that list), it is a global issue.

Indeed, it was when I was traveling to Paris that I truly came to understand the universality of homelessness. It was while visiting Paris that I heard the most powerful thing a homeless person has ever said to me – and I didn’t even really understand the statement because I don’t speak French.

The Most Powerful Thing a Homeless Person Said to Me

While strolling around Paris, I came upon a mother and her three daughters. They lacked a home and were sitting together on a mattress, obviously enjoying their time with one another. They weren’t “panhandling.” I think if I hadn’t seen them on the mattress, I would not have concluded they were homeless.

Despite lacking a roof over their heads, there was not a cloud of sadness hanging over the mother and her children. I asked them if I could take a photo of them. As I mentioned, there was a language barrier because I don’t speak French and they didn’t speak English. Nonetheless, with a few gestures, they understood that I wanted to take a picture of them. They happily agreed.

Once I had taken the photo, and with more hand gestures than words, the mother asked me if she could get a copy of the picture. (I did get her a hard copy of the digital image I created that day.)

The mother’s request for a copy of the photo I took of her and her children remains the most powerful thing a homeless person has said to me. Despite her challenging situation, and like any other mother – including me – this woman cherished her children, was proud of them, and wanted a photo of her family to celebrate that joyful pride.

This request from the mother emphasized the universality of homelessness. Not only can it be found nearly anywhere in the world, but it is also universal in another more important way. Those who are homeless are no different than you and I, except in one way. We all share the same love, caring, and concern for your families (and pride in them). The only difference is most of those people reading this reflection have a place to call home.