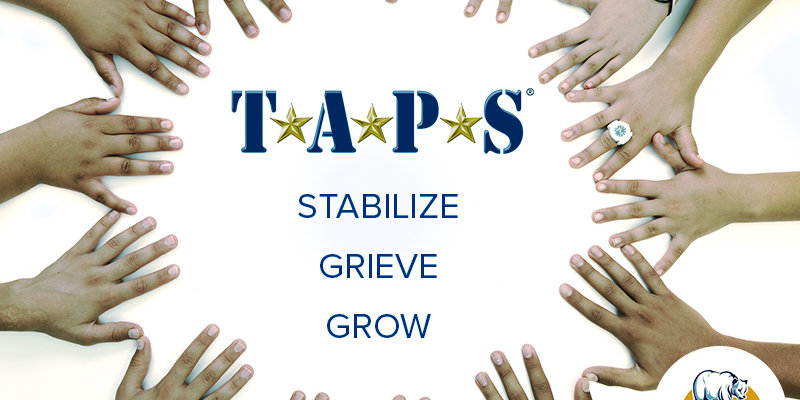 TAPS is the Tragedy Assistance Program for Survivors. Suicide deaths are the most common types of referrals made to TAPS. More information about TAPS itself is presented in a moment. Through its work with survivors of tragic, untimely deaths of loved ones in the military services, the organization created the TAPS Three-Phase Postvention Model. The trio of elements of the model are:

After some essential background information on the organization and its work, each of the elements of the TAPS Three-Phase Postvention Model are discussed.

Background About the TAPS Organization

TAPS was founded in the aftermath of an actual tragedy involving the death of a member of the military. The founder’s husband was killed in an airplane accident in Alaska. After the tragic death of her husband, the founder of TAPS spent some time looking around to find a support program that met the needs of people who are the survivors of the tragic deaths of loved ones. Not finding a supportive program enough on point, she founded TAPS.

There are a set of core services made available to survivors through TAPS. These are:

As mentioned a moment ago, suicide loss survivors represent the major cohort of people referred to TAPS. The survivors require a specialized type of supportive programming, which TAPS strives to provide. TAPS has endeavored to develop a course of programming designed to meet the unique needs and requirements of suicide loss survivors. Out of this objective was the development of the TAPS Three-Phase Postvention Model.

There are three primary objectives associated with the TAPS Three-Phase Postvention Model. These are:

TAPS recognizes that grief is a lifelong journey. The model presents a roadmap to go through the grief journey in the healthiest manner possible.

About 76 percent of military suicides happen in the family home, the barracks, or the workplace. As a consequence, there is a great deal of trauma associated with a suicide because of exposure to the suicide scene (or even the suicide itself). This type of traumatic situation can include witnessing the actual suicide, coming on to the suicide scene, or having responsibility for suicide cleanup. As a result, an individual in this type of position may require trauma treatment and support as well.

The three key tasks of the grief work phase of the TAPS Three-Phase Postvention Model are:

The second key task associated with grief work is shifting the focus away from the way in which a deceased loved one died and to how that individual lived. A survivor of suicide loss needs to be able to reconnect with positive memories of a deceased loved one. Oftentimes, this involves focusing on memories from a period beyond the last months or even year or so of that individual’s life. Upon reflection, a survivor of suicide loss will recognize that the deceased individual was “not his or her self” during this time period.

Finally, the third key of the grief work phase is redefining or building a different relationship with the deceased individual. This includes not only focusing on positive memories (as discussed a moment ago) but weaving those memories into a survivor’s current life and existence. Building a different relationship permits a survivor the ability to move forward in life by achieving a healthy grief journey.

The three key tasks of post-traumatic growth are:

According to the TAPS Three-Phase Postvention Model, among the most significant or biggest gifts of grief are the connections a person can have with others following a significant loss (like the death by suicide of a loved one). In addition, seemingly little things in life can take on new meaning. The goal here is to appreciate the beauty and good things that exist in the world around a survivor of suicide.

In conclusion, it is important to note that the three phases of this model aren’t linier. They are circular. In other words, a person can “work through” one of the phases only to circle back to it again at a later date. This is regarded as not only understandable but a perfectly normal experience in working through the process of grieving the loss of a loved on by suicide or another traumatic death in a healthy manner.