The Stigma of Suicide: A Personal Reflection 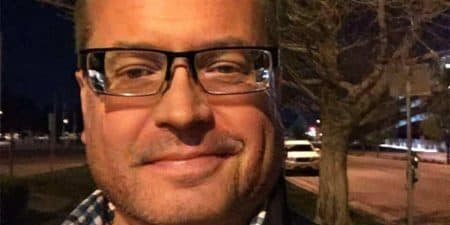 By Mike
Over the course of the past couple of months, I have read quite a number of essays, blog posts, and other pieces written by friends, colleagues, and strangers on the subject of suicide. Just this morning I read a post on Facebook by a priest who made mention of the death by suicide of one of his friends. The news media is replete with reports of people taking their own lives. These include particularly heart-wrenching stories of children who have killed themselves.

As some of the folks who may read this piece know, I am called upon from time to time to speak at different events, many times on the ups and downs, ins and outs, triumphs and tribulations of my own life. On occasion, what I share in this essay is included in those presentations. Because of the fact that suicide touches so many lives, I decided to pause this evening and share my own personal story through this essay.

Although I occasionally do include this experience in presentations, please know that this remains a very difficult and challenging event for me to share with a reader. Normally, words flow easily from my pen and my mouth; however, such is not the case when it comes to what I am sharing today.

But, after a good deal of deliberation, I determined it best to set aside my personal comfort and share this experience openly through this essay.

At a particularly low point in my own life, about a dozen years ago, I found myself in a state of true, unbridled despair. On the day after Christmas in 2001, I truly thought I had nothing left to live for, that my life was not worth living – that I lacked any value.

My circumstances were so bleak that evening that the only material objects I had on hand (besides the clothes on the back) were a roll of toilet paper and the stub of a pencil. I determined that I could sharpen the pencil, by scrapping it against a cinderblock wall and turn it into a makeshift blade. With the sharpened pencil stub, I intended to cut into my wrists and end my life. Indeed, my project progressed to the point at which I actually was able to puncture my flesh.

Nearing the point where I intended to complete my sad objective, at the juncture where I was prepared to take my own life, I had what I can only describe as an inspiration. At that moment, I was inspired to write a short story – something I had not done for many years.

In that instant, I turned away from my intended task of self-destruction and went to work. With my sharpened pencil stub, and with shreds of toilet paper, I started writing. I carried on with my creative task until dawn.

God provides us with the tools necessary to meet the challenges we face in our daily lives. In this case, what I thought were meager possessions – a roll of toilet paper and a stub of a pencil were tools through which I could choose to end my life or undertake an inspired task. The reality is that a person may not recognize what tools exist in his or her life, let alone understand how to use such resources properly. This was the case in my own life, at least initially.

Oftentimes, only the support of another person provides a person in a state of despair the assistance necessary to carry on. Only through the support and assistance of another person does an individual laboring under suicidal ideations understand what tools he or she has in his or her own life, tools which can be used to build a positive future. Sometimes God’s inspiration comes in the way we communicate and connect with someone in need.

Unfortunately, because of the persistent stigma attached to the contemplation of suicide, many people including children do not reach out for help. As more people come forward and share their own experiences with potentially life-ending decisions, I truly believe the stigma attached to the subject of suicide will lessen. I offer this essay as my own small contribution to this process.

Award-winning playwright, critically-acclaimed novelist and short fiction author, and inspiring lecturer, Mike Broemmel began his career in the political arena. Mike’s first position of employment was working in the White House Office of Media Relations during the administration of Ronald Reagan. Mike would spend 15 years in the political and legal arenas before taking up the pen full time.

In the past decade, Mike has garnered attention for his compelling, thought-proving, and at times controversial and disturbing plays. A number of his plays have been produced across the United States, including The Row, The Baptism, Goddess People, Taking Tea with the Ripper, The Hours of Anne, The Bonfils Girl, and Kiss.

One of Mike’s newer plays tells the story of the life and times of screen legend Hedy Lamarr. Stand Still & Look Stupid tells the true tale of a woman Mike describes as his “hero.” Hedy Lamarr was not only an iconic Hollywood star but one of the most amazing inventors in world history. Because of Hedy Lamarr, the world has GPS, WiFi, more effective missile guidance systems, and better Kleenex™ boxes.