BIohazard articles for Home OwnersHow to Protect your HomeWater Damage 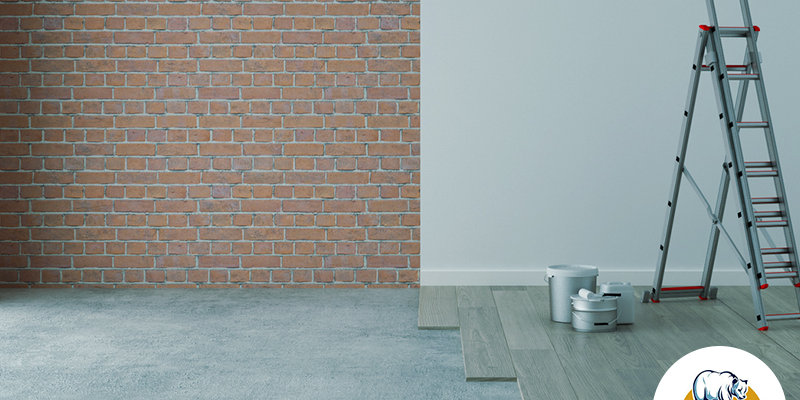 Many don’t realize it, but the subfloor of any structure plays a crucial role in how the visible flooring of that structure will perform. In order to have a subfloor that acts as a base beneath general flooring components, there are several installation techniques that must be followed, and understood, by property owners and installers to ensure that future or impending water and excess moisture damages don’t wreak havoc on flooring components laid.

In order for a subfloor to pass installation requirements, there are a few standards by which the subfloor must be evaluated.

The subfloor in question must be completely dry and can be determined by related tests, one of which is a calcium chloride test.

The subfloor must also be free of solvents, oils, wax, paint and other foreign matter. The surface of the subfloor must be completely hard and dense, and should be clean.

The subfloor must also be flat in accordance with measurement parameters according to standards.

Many restoration companies these days perform subfloor installations or have those that do on staff. Because of this, it is key that the installer be ready to provide proof of testing prior to installation of the subfloor in the event that something with the subfloor goes awry.

Subfloor as a Base Canvas

The subfloor of any home, building or structure acts much like a canvas on a painting. As such, the subfloor base plays a crucial role in how the top and final layer of flooring is going to perform.

If there are any problems with the subfloor, these issues will eventually be made manifest in the final product. This is especially true in the event that water damage occurs and water permeates the subfloor. The results could end in disastrous loss, not to mention the hefty cost of repair or replacement.

The Makeup of Concrete Subfloors

Contrary to belief, cement and concrete aren’t the same thing.

Cement, water and aggregate combined is what yields concrete. Thus, cement is only a portion of concrete, and the two terms aren’t interchangeable. There are also additives that are often added to slabs of concrete, such as fly ash, silica fume, “slag” and more, prior to drying that also become an integral part of concrete’s sundry mixture.

As concrete forms, there are three processes that must take place.

Hydration is the phase in which the materials laid begin to take in water and form calcium silica hydrate in preparation to become concrete. Prior to that, cement is only a granulated material until it is eventually hydrated with water.

Drying is the phase in which all excess moisture evaporates out, leaving the concrete free of extra water.

The curing phase is the part of the process that yields the temperature and moisture level equilibrium for the concrete to fully hydrate.

The amount of water that is placed in the mixture of the cement to form concrete is important because, depending on the ratio, the cement will be more or less dense. The more water is present, the less dense the concrete will ultimately be. Likewise, the more dense that the concrete is, the less water it has, and thus, the stronger it is to resist water penetration, in most cases.

Curing methods and the water to cement ratio have a direct influence on the ability of water to penetrate concrete subfloors when flooding or other significant water events occur.

The more time the subfloor has to hydrate, the more dense the concrete will be. However, if the curing methods take too long, it may lessen the cement’s resistance to water over time.

Moreover, studies show that concrete made with fly ash is actually more resistant to water than subfloor slabs made without.

Another way that water can make its way into concrete subfloors are through voids left in the concrete. Voids are created when concrete is hydrated or when water is evaporated out through drying.

These voids are often referred to as capillaries in the professional world and possess the potential to fill with water. This can cause issues in the event of significant water damage or lingering moisture because when water sits on top of concrete slabs, these capillaries can become filled with water and will need to be drained. In this way, water can, and will, flow through dried and cured concrete and can destroy it if proper drying measures aren’t taken.

The drying of such type of material, and any material to be exact, will depend on the relative humidity within the structure, the temperature of the structure and the amount of airflow that permeates the building.

Osmotic blisters that appear as bubbles in flooring, dew point sweating and more can also be sources of problematic moisture affecting the subfloor in addition to major water events. If the strength of the concrete is too low based on the factors previously mentioned, indentation or other physical blemishes on the surface of the visible floor may manifest.

Warping of the floor is common when moisture content within the subfloor is too high, along with toxic and hazardous mold and mildew growth. Sometimes, the adhesives used in the floor laying process can liquefy, causing unsightly residue to seep. Floors may also become wavy or uneven, increasing the risk of tripping and falling for building occupants.

In order to test for dryness in concrete slabs, professionals have a variety of methods at their disposal that they can use to make a decision as to whether or not a subfloor has properly dried.

Drying and Curing Methods Are Key Prior to Installation

As can be observed, the importance of the correct installation of a subfloor is vital for a healthy, resilient and aesthetically pleasing floor, especially in the face of a water event or excess moisture.

As such, tasks such as laying cement, drying and curing processes should be taken on by professionals who have the equipment and standards in place to ensure that the subfloor has been correctly installed before it becomes a base to final flooring above it. Neglecting to do so could lead to serious and expensive outcomes, both for the installer and the property owner.

Discovering an Incontinent Parent: Steps to Make the Residence Safe and Livable
August 5, 2022