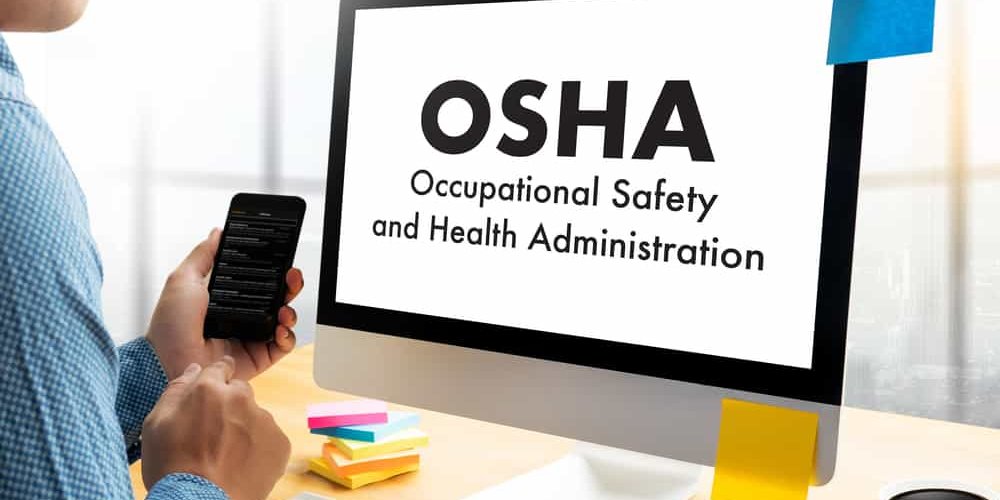 The Occupational Health and Safety Association or OSHA is a federal agency in charge of determining worker safety regulations and guidelines. Part of the guidelines that OSHA have put in place is for construction site cleanup procedures by companies after an accidental death has occurred due to hazardous waste accidents or unforeseen circumstances on the job site that result in a fatality occurring.

The OSHA guidelines for this type of cleanup under regulation 1910.120 states that the removal and cleaning of hazardous waste must be done by a separate team of professionally trained cleaners and not the janitorial staff of the company. Also, if a death (s) has occurred as a result of a hazardous waste accident, the cleanup of this must take place first before the cleanup of any residual materials from the area where the death occurred even if it is within the hazardous waste location.

It is also part of the OSHA standards for this type of worker safety issue that a professionally trained group or individual assess the area of contamination before anyone enters the area. This includes any crews who are given the task of cleaning the site.

This person or team can be someone designated by the company itself who has the proper hazardous waste material training to properly assess the scope of the contamination, or it can also be someone directly from OSHA or the State of California whose job it is to assess these type of situations when they occur. This would depend on if the company has its own dedicated emergency plan in place and has named a particular individual or team to do this job.

What they will determine when they observe they evaluate the site is the following:

Anything that appears to be an immediate danger where they observe vapor clouds or flammables in close proximity to open flames or other possible agents that could cause an explosion as well as the other determinations:

All of this is integral in aiding the cleanup members in doing their job efficiently and effectively so that they can begin to do the following:

With the initial information given to them by the site assessor or team, the cleanup team will then complete their assessment of the type of hazardous material (s) that they are dealing with and then begin to execute a clean-up process that is designed specifically for the hazardous material they need to contain. In order to do this, a cleaning team has to have certification in hazardous material cleanup according to OSHA regulations. This training guides them in identifying the material and what chemical cleaning agents to use, but also knowing exactly how to physically handle and remove it.

When the cleaning crew has identified the material, they must have the skill of identifying the proper cleaning agent that will control the hazardous waste from spreading. They have learned specific techniques in their bio hazard training in order to do this. This means that they conclude which cleaning agents combined with the hazardous material, will effectively and efficiently remove it and contain it. Once they contain it, then they can move on to executing the next set of biohazard procedures for cleaning up after any victims of the accident.

A big part of this training is following the OSHA guidelines on the type of containers that are mandatory for cleaning up an accident caused by hazardous material. In conjunction with the Environmental Protection Agency and the Department of Transportation’s regulatory standards regarding containment and transporting of hazardous waste, OSHA has specific guideline that describe the type of drums that can and cannot be used such as any drums that are damaged in any way including minor dents or rust cannot be used for containing hazardous waste. They also must be labeled with signs that identify the containers as holding hazardous waste materials. Additionally, a cleaning crew must know the proper procedures for moving the containers and isolating them from other areas that are not contaminated and in proximity to workers before they can be moved to a secure site for disposal.

A comprehensive look at the scope of the OSHA guidelines is available here.

Nearly all construction companies today that deal with hazardous materials of any kind on a constructions site have a plan in place that outlines the procedures for a hazardous waste emergency in the case of worker death or not. They will design a hazardous waste removal plan that is separate and describes the cleanup process for this occurrence based on OSHA and state emergency response standards that is a separate bio-hazard procedure from what has to be done by a cleanup team if a death also occurs.

According to OSHA standards, the plan that a company implements to clean up their site is only an additional outline of procedures that should assist in controlling the hazardous waste material and cleaning it up properly. This is because the OSHA regulations and guidelines usurp the guidelines set forth by any singular company. So, a company may put together a procedural outline that is very specific to who will do the cleanup and actually name a company or individual assessor, but the rest of the procedures are based on the OSHA standards.

The company’s emergency response plan has to be must be very specific in identifying all of the potential dangers throughout the entire process of hazardous cleanup and it must be readily available on site if it is needed for reference. It also has to include an inspection of the site post-accident, before any workers are allowed back onto the site. All of this is in line with the specific OSHA standards that address this as well.

There are many states that have enacted their own emergency response plans that clean up teams need to take into consideration when being given the task of cleaning up a hazardous waste accident site. All of these plans are based on the OSHA regulations governing clean up mainly because each state plan will eventually be reviewed by OSHA. But, a majority of states have added addendums to their plans that describe specific procedures that must take place that is unique to their state or has been decided upon by their state legislature to be important in the scope of the hazardous waste cleanup process. Currently, 28 states have OSHA-approved emergency response plans.

Included in California’s ERP are all of the OSHA regulations and guidelines for cleanup. Companies also have to make sure that their plans are in compliance with state and local emergency response plans if both exist. In the state of California, the Hazardous Materials Emergency Planning Guide NRT-1 is the major piece of reference material that was used to construct the state’s emergency response plan other than the OSHA guidelines themselves. So, there are several additional guidelines in California’s plan that are not specifically addressed in the OSHA standards:

When an accident occurs, it should be properly investigated for the purpose of avoiding the same thing happening in the future. If injury or death results from the accident, a separate investigation must take place to determine the cause so that it will not occur again. All of this information will be used to determine the adequacy of the emergency response plan overall. This will include information relayed from employees about the safety standards of the workplace.

Training programs that are implemented must include a breakdown of the skills that are required for each employee that may be involved in the cleanup procedure to assist a professional cleaning team so that they meet the OSHA standards required for a person involved in disposing of hazardous waste material.

Anyone involved in clean up or assessment of the site that is a representative of the company or hired by the company other agents that may be involved with the company like a manufacturer or shipper must involve personnel who are trained in the procedures involved in cleaning up hazardous waste material. These people must show proof of some personal protective equipment training (PPE) within the last twelve months. Any local workers such as heavy equipment operators, truck drivers, or public works employees who are needed to assist in cleanup must have PPE training and be versed in the OSHA regulations regarding hazardous waste clean up to be on site.

The following resource materials related to hazardous waste cleanup are mentioned in the California Emergency Response Plan: National Fire Protection Association standards, NFPA 472; Standard for Professional Competence of Responders to Hazardous Material Incidents and NFPA 471 to aid first responders in assisting clean up teams. The complete text of the section of the State of California’s Emergency Response Plan that outlines clean-up guidelines is available here.

Once the hazardous waste cleanup is contained and the hazardous materials are removed to a secure location, the cleaning team must then assess the site and proceed with the procedures for cleanup if a death (s) has occurred.

The first concern of any cleaning crew is that they have to contain any blood-borne pathogens in the area. OSHA mandates this as the cleaning teams first responsibility, so that other workers on site can be protected.

There is great regulatory emphasis put on this part of the cleanup procedure because the victim (s) of the accident may have had a blood-borne disease that could be easily transmitted through the blood materials in the post-accident site that if not contained in an expedient and proper manner, could infect other employees and first responders on the scene.

According to the OSHA standard 1910.1030, the company has the responsibility of making sure that before the cleaning crew begins their work, they clear the area in which the accident took place as soon as possible. This allows an investigative team to quickly get in the area, assess it, and hand it over to the cleaning professionals.

As with hazardous cleanup, OSHA mandates that no regular maintenance or janitorial employees can be responsible for cleaning up an area where death has resulted. Only professional cleaning teams who have training the use of biohazard gear including suits, masks, and gloves can enter the area.

This includes training in the bagging of human blood and human blood elements and the use of medical containers as well as how to properly sanitized the area to completely remove all traces of blood-borne pathogens. Most importantly, in order for a company to be able to eventually re-open a construction site, they must be able to show proof to OSHA assessors that the accident scene was cleaned by biohazard cleaning professionals. This is in accordance with not only OSHA standards but those set forth by the EPA.

Discovering an Incontinent Parent: Steps to Make the Residence Safe and Livable
August 5, 2022